A book for Christmas 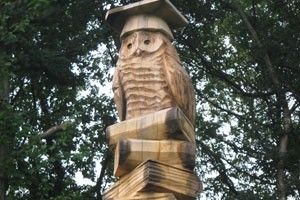 There was a time when the best thing under the Christmas tree was a new book to read. Today, technology rules and children want the latest games or apps to nestle their heads in to once the turkey has been eaten and the crackers pulled.

But books are still the back bone of learning and expanding our children’s minds. Below are listed the literary marvels that teachers would love to see in Christmas stockings this year:

Charlie and the Chocolate Factory by Roald Dahl

Alice in Wonderland by Lewis Caroll

The Gruffalo by Julia Donaldson

The Chronicles of Narnia by CS Lewis

We’re Going on a Bear Hunt by Michael Rosen

Where the Wild Things Are by Maurice Sendak

Stig of the Dump by Clive King

The Iron Man by Ted Hughes

Winnie the Pooh by A A Milne

Funnybones by Allan and Janet Ahlberg

To Kill A Mockingbird by Harper Lee

Lord of the Flies by William Golding

Of Mice and Men by John Steinbeck

A Christmas Carol by Charles Dickens

The Catcher in the Rye by JD Salinger

Pride and Prejudice by Jane Austen

The Boy in the Striped Pyjamas by John Boyne

A Kestrel for a Knave by Barry Hines

The Lord of the Rings trilogy by JRR Tolkein

Danny, Champion of the World by Roald Dahl

Lord Agnew, The Under Secretary of State for Education, has launched a consultation into the extension of the existing risk...

We use cookies to ensure that we give you the best experience on our website. If you continue to use this site we will assume that you are happy with it.I Accept